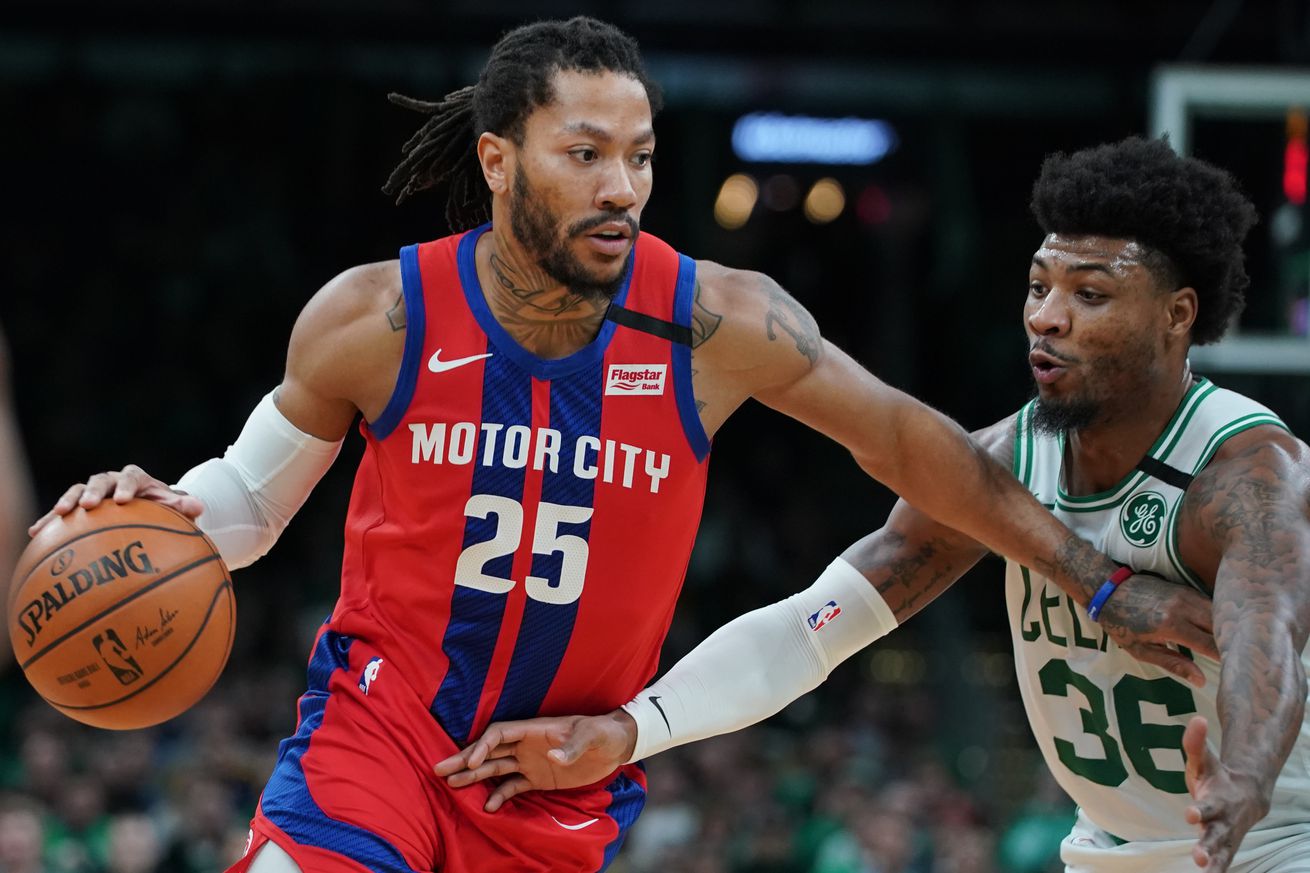 Rose has been great on the floor, and has a great contract that makes him highly coveted around league

The Los Angeles Lakers and Philadelphia 76ers are among the contenders interested in a potential trade for Derrick Rose, according to Chris Haynes of Yahoo Sports.

Haynes also mentions the Los Angeles Clippers as an interested team, but says their communication with the Pistons was more exploratory. Of course, that implies that the Lakers and Sixers have been more engaged, or at least are much more serious, about landing a player like Rose for the stretch run.

Rose has been Detroit’s best player all season even though he came off the bench until very recently as the team has been cautious about his minutes.

Haynes goes on to report that Rose is not requesting a trade. Rose signed with Detroit on a two-year $14 million deal as the team promised him he would have a huge role in the offense, including closing games, but that the franchise would carefully manage his workload.

Even when the Pistons have been decimated by injuries at guard — Reggie Jackson has missed almost all season and Luke Kennard has missed a lot of time with a knee injury — the team was reticent to start him or push up his minutes limit.

Haynes writes, though, the recent move of Rose into the starting lineup was a request from Rose to expand his workload. He, apparently, is feeling good.

This is how Haynes puts it:

The Clippers have checked in on Rose as well, but it was more of a common exploratory talk, sources said.

The Lakers and Sixers are in search of point guard assistance for the stretch run, sources said.

Much like the recent rash of reporting centered on Andre Drummond, this kind of alleged interest might lead precisely nowhere. Nobody knows how serious these teams are, what Detroit is asking for or how much the Pistons brass is entertaining the premise of bringing him back next year.

The more interest he garners from other teams, especially those looking for the difference-maker that can put them over the top and would be willing to part with assets both now and in the future, the more difficult it will be for Detroit to say no.

Get the app for a better experience!

Or on the web